When I reach August 1942, I'll be able to tell whether he moved to the 301st Service Group or somewhere else.

According to this letter, he was moving about Australia, which conforms with the information in the QMC history concerning the early part of 1942. 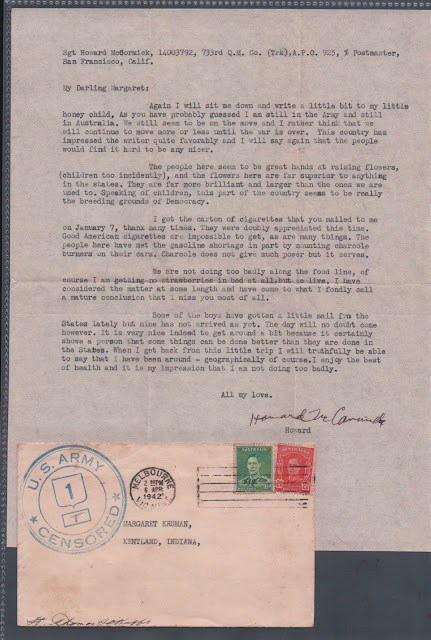 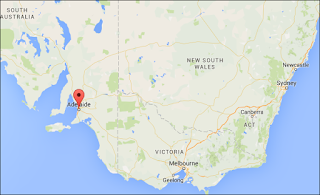 By the last part of April, Howard was stationed at A.P.O. 921, stationed in Darwin. 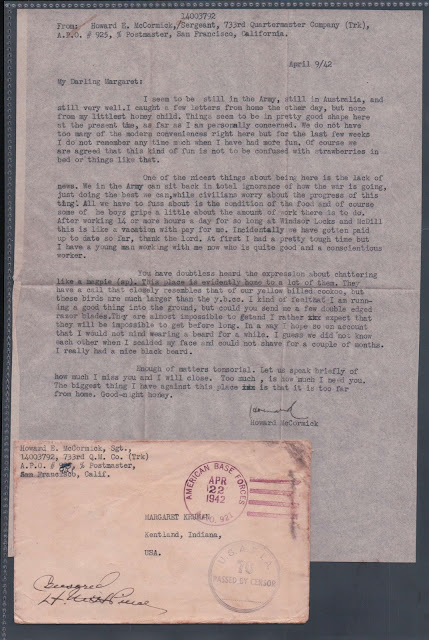 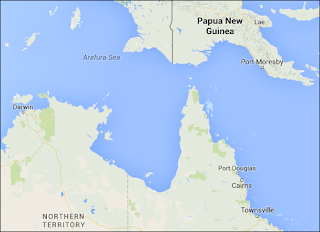 This is the Australian magpie's call:


and this is the call of the yellow billed cuckoo: